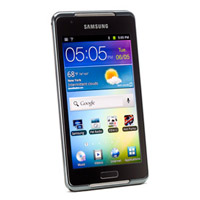 Samsung phones are gaining popularity very quickly in the smartphone market. They are in direct competition with the iPhone. So what about dedicated media players. Apple has the iPod Touch, so Samsung has introduced the Galaxy Player. It comes in various sizes, with the 4.2 inch model being the closest to the touch. Version 2.3.5 (Gingerbread) is installed on the player giving you access to Google Play and more than 400,000 apps. The internal storage is only 8gb but can be expanded to 32gb with microSD cards. This is an important option for many users who have large amounts of media for their players. The Galaxy Player is also equipped with two speakers for listening without headphones, front and rear facing cameras that take more than decent photos, and Bluetooth for connecting mics and other devices. This is a loaded little player that will do much more than just play your MP3s. It has to be since the iPod touch is really the only competition here.