The Playstation 3 is old, real old. Released on November 17th in 2006, it is 6 years old and has seen a lot in its long run. Exclusive titles that define the system as well as the Sony Brand. It’s no doubt titles such as Call of Duty have been the most popular across all consoles, but gamers neglect to realize the real gems of the Playstation 3. The exclusive titles available only to loyal Sony Customers. We decided to bring you that list.

Our top ten favorite Playstation 3 exclusive titles that have launched on its 6 year run. From FPS’s, to RPG’s, it saw a lot of great titles that you should know about. Especially if you own one. We didn’t really have criteria to base the decisions on other than them being exclusive to the Playstation 3 and great games. Oh, and that it isn’t Call of Duty! Enjoy! 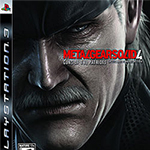 Directed by the genius Hideo Kojima Metal Gear Solid 4: Guns of the Patriots is another episode in the tactical espionage action game series. Pitting you as a much older Solid Snake you embark on what could be your final…
Read More 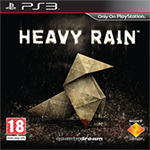 Heavy Rain is a different kind of video game and exclusive to the PS3 – which makes us happy to have rights to such an exhilarating game play experience. An interactive psychological thriller, full of drama…
Read More 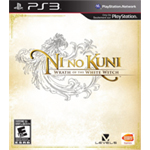 JRPG fans rejoiced when news of a Studio Ghibli title was on the way. Now that it has arrived, all the excitement has been fully justified. The first thing everyone notices…Read More 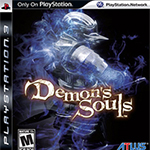 An extremely challenging yet rewarding action RPG developed just for us PS3 gamers. Set in a dark fantasy world, you venture through the world of Boletaria, where you will be fighting against the demons …
Read More

Of course this wouldn’t be a complete list without any of the Uncharted games on it. Hounded as one of the best Playstation exclusive series ever, and even in the game industry…
Read More 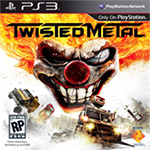 Twisted Metal is known as a classic, a grandfather of games. If you ever had the original Playstation in the 90s, you know about Twisted Metal. It’s returned…
Read More

God of War 3 is a sequel in the award winning God of War series, started on the Playstation 2. You play again as the character Kratos in a mix of 3rd Person and 1st person…
Read More

inFAMOUS (or inFamous) is an action adventure game set in an open sandbox type world. You play as a bike messenger caught in the middle of…
Read More

No PS3 exclusive list would be complete without hands down one of the best racing games in video game HISTORY! The first game in the epic racing series to feature online races…
Read More 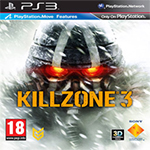 Killzone is a long running PS3 exclusive that has its place in fans hearts. In the over saturated market of FPS shooters it’s hard to stand out, especially when just on one console. But PS3 owners KNOW…
Read More 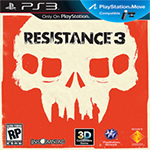 The original Resistance launch title on PS3 was a huge hit. Though the 3rd version doesn’t have the insanely huge 40 player online…
Read More

Quick Overview of PS3 Models and Prices – Which is best for you?

Different Models
The Playstation 3 comes in a variety of models ranging from 20GB to 320GB – The most prominent ones being the new Slim models available in 120GB, 160GB, 250GB, and 320GB. The only real differences in models is the “Fat” version of the PS3 and “Slim” – The Slim is more prominent. The biggest difference between slim models is simply the hard drive size.

120GB, 160GB, 250GB, 320GB?
This decision is based mostly on what you are planning on doing. If you are going to be copying music/videos/pictures to your PS3, you will want the larger 250GB or 320GB hard-drive. If your just a semi-hardcore casual gamer who only needs to save games, the 160GB is a great size that offers wiggle room. If your just a casual player the 120GB is fine and will hold tons of game saves.

Can I use HDMI with PS3?
All newer Slim models of the PS3 have HDMI outputs, so you can connect them to a TV with HDMI support. If you don’t have an HDMI ready TV, your PS3 can use the standard RCA hookups.

Used or new?
Though you can find abundant used PS3’s on Ebay or Craigslist, you run the risk of getting a broken system or being scammed. With the prices of the 120 and 160GB models so low, your better of investing in a new one. More often then not you will only save $20 – $40 buying used. We think it’s a wise choice to go new and pay the extra $20 and have a warranty + reliability.

Where can I buy a PS3?
You can buy a Playstation 3 from any online retailer such as Amazon – or in most electronics stores across the world.

Do I need any extra cables, plugs, hook ups? Or is buying the console come with everything I need?
Buying a PS3 console bundle should come with everything you need to hook up the PS3 and start playing – Power cord, Dual Shock Wireless controller, usb cable, and AV video cables (HDMI chord you will need to buy separate unless included in a special limited bundle)

Sony is noted for the long life of their consoles, squeezing out every last drop it can until it releases a new console. We saw the Playstation 2 last 6 strong years, with games STILL coming out after that. With talk about the Playstation 4 and next Xbox coming sometime soon, would it be wise to get a Playstation 3 now? Or just wait for the Playstation 4?… [more] 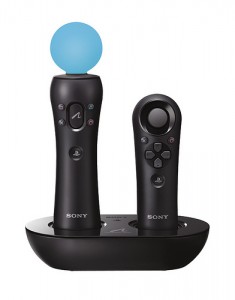 Gaming headsets are not solely for gaming; you can use them for listening to music, Skype, or chatting with friends. We selected our 10 favorite gaming headsets based on the following qualities… [more] 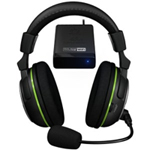 Gaming headsets are not solely for gaming; you can use them for listening to music, Skype, or chatting with friends. We selected our 10 favorite gaming headsets based on the following qualities: Sharp, realistic audio… [more]