This simple list shows off some of the best TV shows of the past few years that have a box set available. With the popularity of HBO/Showtime type shows you can get lost in finding the next great TV show (or last great). 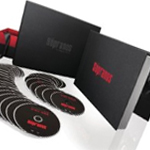 We all want to be Italian – and it’s evident by the popularity of the mobster based TV Show the Sopranos. Spanning over 26+ discs and 7 electrifying seasons – follow New Jersey mobster boss Tony Soprano and his crew as the extort, racketeer, kill, and run the city. For those who need a modern Godfather fix that will lasts months, this is a MUST BY for one of the best TV shows ever created. Well worth the price! 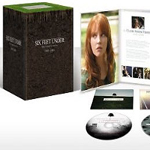 An HBO classic and must watch, 9 time Emmy Award winning show, dubbed as one of the best shows every created. Spanning 5 series and 63 episodes – the series focuses on dark humor and surrealism through interactions at a family owned Funeral parlor – each episode is truly something new and unique and the finale is…well just watch this show. Dark humor, great plots, a truly great series. 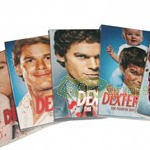 Though it’s not done and in it’s last season as of the date of this article – Dexter is arguably also one of the greatest shows ever. Through 5 seasons follow Miami Metro Blood Splatter analysis Dexter Morgan as his dark passenger leads him to kill other humans, while working for the very Police Department that keeps the city safe. A truly remarkable series full of plot twists, turns, dark humor, and a memorable cast. It will be a bit until you see season 6 and 7 on DVD, so I would get this set now and catch up! 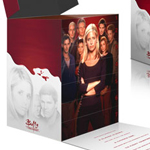 Maybe your teenage daughter would like this more – but it can be argued Buffy was a pioneering show of the 1990s. 39 discs takes you though the entire series of sarcastic teenager and vampire slayer Buffy as she transforms from a mall rat to vampire slaying godess. A cult classic in the making – be sure to check it out.

The X-Files was also one of the biggest TV shows to gather a huge following and put in place TV as a competitive opponent to movies. All 9 seasons go through hundreds of different paranormal phenomena and cases via FBI agents Fox Mulder and Dana Scully. A fantastic series and already cult classic – one of the great pictures of this generation. 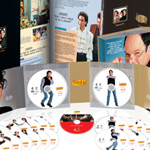 Come on – who doesn’t love Seinfeld! This doesn’t even need an explanation – this box set features 32 DVDs with all 180 episodes – more than 100+ hours of bonus footage, a cast reunion, documentations, and way more. For a Seinfeld fanatic, this is the ultimate set. A thick and meaty box set to satisfy your Jerry Seinfeld needs. 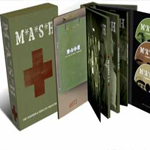 This box set features all 11 seasons of the iconic televesion show from the 1970’s – plus two discs of bonus features including a reunion special, bloopers, interviews with cast members – all this not available elsewhere this is a real steal for fanatics of M*A*S*H and new fans a like! 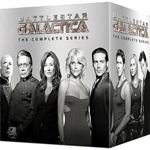 This one is for the geeks – the most expensive TV series of all time from the late 70’s box set includes all 24 episodes on 6 discs spanning just under 23 hours. A cult classic for nerds/geeks and any TV buff a like. A pioneering TV series that was short – but left an impact. Star Trek fans eat your heart out. This box set makes it official.

Ladies its your turn – Sigh..Sex and the City box set will satisfy any lady fanatic of the series. 6 seasons of Carrie and friends outspoken antics in the big city. Including tons of bonus features it will leave your wife or love one in bed watching for days. 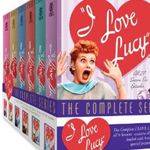 Now now…THIS is a true classic. The 1950’s cult classic featuring all episodes from all seasons and even digitally remastered episodes – behind the scenes, animated sequences, deleted footage, resorted music, and way way way more. Who isnt a fan of I Love Lucy? This box set completes that place in your heart.