The time of the tablet is here – though they have been out for a while they are huge on the market now and everyone wants one. Companies have had plenty of time to roll out tablets and get a feel for what people want. Some of the best tablets are out right now to compete with the iPad – and with a slightly smaller size these new 7” tablets are all the new craze.

Saving in price but not sacrificing features – 7” tablets allow a more portable experience. Hold your tablet with one hand, put it in your back pocket, bring it every where. Pay less too. They’re some hot hitters this year and these are our top 10 – 7” tablets of 2012.

We have a lot of expectations and these 7” tablets don’t disappoint in 2012! 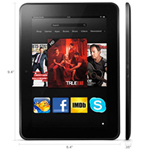 The Kindle Fire is Amazons version of the tablet. Available in 16GB and 32GB versions with a 1280×800 7” display that features a polarized filter and anti glare technology, it claims to have 40% faster Wi-Fi speeds using its dual-band dual-antennae, which in retrospect will allow 40% faster downloading and streaming. It has a front facing camera, free unlimited cloud storage on Amazon, Amazon Prime integration to watch movies for Prime members, a 1.2 Ghz dual-core processor, over 22 million movies, apps, books and more. The Kindle Fire is years of perfection stemming from the once plain book reader the Kindle. Don’t confuse this with the Fire, the Fire is a full featured powerful tablet at a competitive price running Android OS. 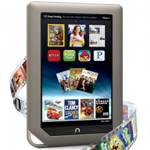 Everyone is getting in on the tablet industry, Barns N Nobles once plain e-reader too is now a full fledge tablet. The Nook Tablet has a vibrant 7” screen, built in Wi-Fi, 16GB of storage with an expandable microSD slot. The Nook Store features thousands of books and magazines, including your typical apps such as Netflix and Hulu. This tablet sports a full featured browser as well. It’s not simple an e-reader, it’s a full featured tablet. But, in our opinions it does sport the best option if you are heavy into e-readers and books, while also giving you other things to do. 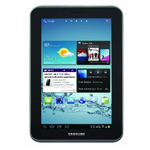 The Galaxy Tab 2 is a very very good Android tablet, running Android 4.0 OS, with a 1024×600 screen, 8GB internetal memory (expandable via microSD up to 32GB), Wi-Fi + Blue Tooth. Though the screen isn’t up past 1280 like most 7”, this screen is still very bright and vivid, though it could be better for video playback. This tablet features dual cameras, which most 7” tablets actually lack. The biggest problem to us was the screen again, as it isn’t up to par with other 7” tablets, but it’s still bearable. The smoothness of Android 4.0 on this tablets hardware makes for a pure and enjoyable Android experience. A great tablet!

The Google Nexus 7 is one of the best 7” tablets to date. Just released this summer it has focused attention on 7” tablets. With a gorgeous 1280×800 HD display at 216ppi you are guaranteed the most crisp and HD video ever. This godly tablet has a Quad-core Tegra 3 processor that will cut through apps and games like butter. Speaking of butter, project butter on this tablets Jelly Bean Android OS is so smooth it will leave you trembling. Two versions, 8GB and 16GB priced respectively. Google Play is integrated and features tons of apps/movies/tv’shows. This tablet unfortunetly lacks expandability, but with the cloud services its no problem. This tablet is simply our favorite 7” and probably Android tablet period. 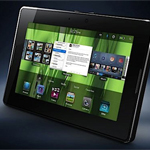 Blackberry seems like a dying word in the mobile industry, but they aren’t going out with a fight. They are diving into tablets with the Blackberry Playbook. Running the familiar Blackberry OS, Blackberry smartphone users will feel at home. A 1024x600px screen, built in Wifi, rear and front facing cameras, 1GB of ram, and a 1Ghz dual core processor. The built in web browser offers flash support and runs great. Thousands of apps are available just for Blackberry from the Blackberry App World storefront. You can even get access to Blackberry BBM (messenger), email, calendar, contacts, from your Blackerry Smartphone. We think business people who use a Blackberry phone will love this tablet to compliment their work phone. Casual users might not enjoy this tablet as much, but you also might. Give it a shot!

Running Android Honeycomb OS, this Tablet isn’t one to shy away from. Featuring awesome sound playback, something most tablets lack naturally from their speakers. Face-to-face video chats are extremely nice on 5MP rear-facing camera, and 2MP front-facing camera. 8GB of internal storage, 1GB DDR2 RAM, and a decent 1024x600px screen. Also note this guy sports a NVIDIA GeForce GPU, making gaming on this beast actually surprisingly good. You get all your other features such as Wifi, Bluetooth, 1 USB 2.0 port, Micro HDMI out. This tablet has dropped in price to compete with the Nexus 7, and is priced to match the 8GB Nexus at $199 – at the end of the day, its personal preference. 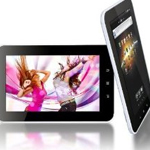 If you are wanting to save money, take advantage of the tablet price drops. This guy used to be $199 but dropped to just $85 recently. For those on a budget this is a gret tablet. Wifi support, 7” screen with front facing camera and mic. Android 4.0 is packed on this puppy, and its exandable up to 32GB via a microSD slot. Though the screen is only 800x480pixels its still a decent picture for its price. This is definetely a budget tablet that performs basic Android operations at a decent speed. 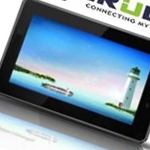 Another budget Tablet running Android 4.0 with support for OpenGL 2.0 3D graphics makes for good gaming. A 800×480 resolution is decent but no the best. Youll find built in 4GB of memory, which is small, but expandable to 32GB. This tablet isn’t anything special by a long shot, but at half the price and some of the big hitters, its great for a high-school student with a part time job who wants to get a piece of the new tablet craze. 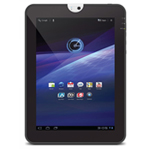 The Toshiba Thrive is a bit pricey compared to what you can get for a 7” tablet. The price is almost warranted if you have the money. It’s resolution matches the Nexus 7’s gorgeous 1280×800 – making for some amazing HD video playback on this tablet as well. It’s a big thicker and feels more sturdy then the Nexus 7. It runs Android 4.0 – and is powered by a NVIDIA Tegra 2 dual-core processor. Ontop of this is an NVIDIA GeForce GPU, making for some great gaming. Built in bluetooth, GPS, and more, its a pretty basic tablet but with more of a kick. Coming in a 32GB and 16GB version it is a powerful tablet, but with the prices of other tablets we cant justify the price tag. Wait a few months, and once it drops to the $199 range, pull the trigger. We love this tablet, just not its price.

The Dell Streak 7 features 16GB of internal memory, Android 2.2 OS, 1GHz nVIDIA Tegra T20 dual core processor, and a 800×480 screen. It’s an older tablet whoes price has dropped to compete with the Nexus. It doesnt beat the Nexus, due to its sub par screen, but its still a good experiene. Built in Wifi, and a very crisp 5MP rear camera, which is beyond good for a tablet. The overall design of this tablet though feels amazing in our hands, not to thin, not to thick, but good for someone with bigger hamds. USB 2.0 port makes it great, and it can even capture 720P video. 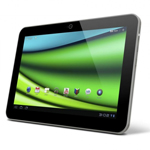 The iPad is no longer the boss in the tablet arena – the increasing popular Android OS tablet is a huge competitor that is taking over the market. With a super sleek interface, frequent updates, a plethora of apps, unlimited customization, and more – this makes any tablet running Android a very good alternative the stale Apple OS on the iPad… [more] 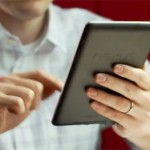