Blu-Ray players are becoming increasingly more advanced while not surging to ridiculously high prices. Several new models coming out in 2015 offer smart TV viewing options, with the ability to search for movies, apps, and entertainment sites. We selected 10 of the best Blu-Ray players that showed the greatest technological advances and connectivity options. Other features we considered:

The Samsung BD-H6500 is an ultra-slim, sleek 3D Blu-ray player fully loaded with many useful features. A big improvement over previous models is the inclusion of 4K upscaling, which is relatively …read more 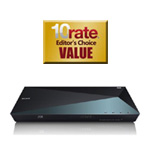 This updated for 2013 blu-ray player has all the features you’ll need to get the most out of your HDTV and Blu-ray discs. They player is equipped with built-in wifi, so there is no need to worry about those silly dongles…read more

The LG BP350 is an affordable Blu-Ray player at less than $100. The good part is that is it Wi-Fi enabled and will allow plenty of streaming options right to any…read more

For only $99.05, the Samsung BD-J5900 is a valuable 3D-enabled Wi-Fi Blu-ray player. This lightweight, compact model won’t take up much space in your entertainment station, and it includes…
read more

Well known for producing high-quality electronic devices that are easy to use and are thoroughly tested before being released, Sony’s BDPS5500 Blu-Ray player is no exception. This model…
read more

The Panasonic BDT230 is a full HD 3D Blu-Ray player with some cool and convenient features. With VIERA Connect, users can access endless web content, including popular…
read more

For only $77.99, the Samsung BD-J5100 is an ideal bare-bones Blu-Ray player that has a surprisingly fast loading time. This lightweight, compact model won’t take up much space…
read more 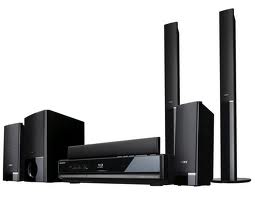 Many home theater in a box audio systems today come with a built-in DVD or Blu-ray player. This simplifies things if you don’t already own one of these players, but what are some other benefits or perks to this feature? If the home theater in a box you select doesn’t have an integrated Blu-ray or DVD player, it’s not the end of the world….[more]