Our expert TV editors pull together the Top 10 most impressive best quality HDTVs for 2013. Editors noted several factors in helping them decide which HDTVs to include in the list including:

The Sony XBR-65X950B 4K TV has perhaps the best black saturation in LED TVs; you’ll definitely be wowed by the highly saturated color and deep blacks that make the vibrant colors pop out even more. This excellent…read more

The LG 55EA8800 is an OLED TV, and one that resembles a painting in a picture frame: the screen is the painting while the speakers form the frame around it. This elegant appearance makes this gallery OLED TV stand out with style…read more 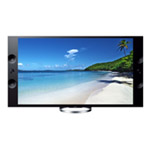 OK so it’s not fair really to include this TV right? It’s got 4 times the resolution of the other TVs in the list. So it’s not HDTV but UHD (Ultra High Def). Prices have come down somewhat…read more

The Sharp LC-60UQ17 is the smallest of the UQ series sizes at 60-1/32 inches diagonally, with prices beginning at around $2,500. We were pleased by the bright, colorful picture, thanks to the Quattron+ technology…read more

The Samsung UN65HU9000 makes the leap into curved 4K LED TVs, and it’s an impressive leap. This model has all the high-quality features you’d expect, including a Smart Touch remote, 4K upscaling, a quad core plus…read more

The Samsung UN60H7150 has the best value when it comes to 60-inch LED TVs with superior picture quality and features. The 240Hz panel enables fast motion images and pans smoothly. We were impressed…read more

The picture quality of the Samsung UN55H7150 is excellent as far as flat panel 1080p LED TVs go. We were pleased to see the split screen Smart TV feature on this model—a step above the H6450 series—that allows…read more

The LG 55LB7200 is a major improvement over last year’s LA7400 series, especially when it comes to color. The colors on this model come out vibrant and natural-looking. Local dimming also helps improve picture quality…read more

The Vizio M552i is one of the more affordable HDTVs on the market at $899. That low price tag is due in part to the lack of 3D playback, which may be a dealbreaker if you’ve built up a library of 3D titles. However, this Vizio…read more

LG has introduced a new macdaddy, spanking hot $22,000 84 inch UDTV (ultra high definition TV) that will be shipped fall of 2012. It will not only be one of the larges TVs on the market but is also the highest definition at 3,820 X 2,160. The abreviation for this resolution is 4K to differentiate it from 1080 or let you know that it is 4 times the…[more]

How to Choose the Best Quality HDTV

The list of HDTVs we have compiled here is specifically top quality regardless of price. So keep that in mind for this list and check out our other HDTV lists if you are looking for value or price considerations as well. This list is for those that want the very best of what is out there.

What to look for to get the (Very) Best Quality HDTV

1) Black Levels and Contrast Ratio
Black levels and Contrast are widely considered the most important picture quality elements, however the number of gray scales in between must also be considered. Contrast specifications from the manufacturers can be misleading because they list “dynamic” contrast figures, which are basically worthless manipulated contrast numbers. Native contrast is what you want and to go even further, a D6500K calibrated contrast ratio would be the best figure to go by – but good luck getting it. You can however determine how deep black levels are by checking the blacks on the screen next to the thin black inner glass strip that surrounds the screen using the standard picture setting.

2) Room Light Considerations
Think about the room light in which you will be watching the HDTV most of the time. If there is lots of sunlight streaming in through windows then you will want an HDTV with lots of powerful lighting ability – think LED and think local dimming LED to be more specific. Those strong LED lights shining through the panel will help neutralize the in-room light and still make the picture pop. If the in-room lighting is low light or controlled light conditions, you have the best viewing conditions and can think of many options. Plasma HDTVs are still considered the best by many for their smoother more film-like picture quality in this situation.

3) Sound Quality
Most large expensive TVs these days are accompanied in the household by a home theater surround system. However, if you will be using the speakers that are built in the HDTV do not overlook this important consideration. Many manufacturers take for granted sound quality and do not emphasize quality enough so it’s important to check it out.

4) Processing Quality and Speed
Plasma HDTVs have generally never had a problem with processing speed but some LED and LCD HDTVs do and it causes some lag time in fast moving images. This is one reason the LED HDTVs in this list focus on this aspect of the TV. Processing quality refers to the video chip engine used in the HDTV to present the smoothest images possible free of annoying motion artifacts. A very good HDTV video engine will eliminate all kinds of viewing artifacts that will show up on lesser HDTVs picture.