All Entries in the "HDTVs" Category

46” Smart LED TV  8/10 By Steve Holdgren Samsung has lots of mid-level LED TVs to choose from. In this smaller size 46 inch LED TV, you forgo some features to better your price since this may not be your main viewing TV. For those gamers out there, the Game mode on this TV is […]

60” Edge lit LED TV  7.5/10 By Steve Holdgren This 60” LED from Sharp is firmly in the running for value per square inch. It includes a dual core processor this year and it a 120Hz panel – better for sports action than the lowly 60Hz we are accustomed to. A mouth watering “just over […]

50” Google LED TV  8/10 By Steve Holdgren This TV is very similar to the LA6200 listed above, but it has a Google Chrome interface and operation for the browser portion. The 50GA6400 has a dual core processor to power everything from menu navigation to surfing the internet. Another difference is the addition of the […]

65″ 4K LED TV  9/10 By Steve Holdgren OK so it’s not fair really to include this TV right? It’s got 4 times the resolution of the other TVs in the list. So it’s not HDTV but UHD (Ultra High Def). Prices have come down somewhat and the picture quality is outstanding as is the […] 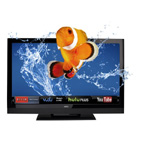 By Steve Holdgren We’ve reviewed some of the best Holiday 2012/2013 deals in the TV and HDTV market and come up with the following recommendations. These are typically smaller sized TVs and are recommended based on: 1) Price and Value for Price 2) Reliable Performance 3) Resolution 4) Absence of fancy features (like 3D and […] 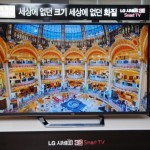 LG has introduced a new macdaddy, spanking hot $22,000 84 inch UDTV (ultra high definition TV) that will be shipped fall of 2012. It will not only be one of the larges TVs on the market but is also the highest definition at 3,820 X 2,160. The abreviation for this resolution is 4K to differentiate […]

32”-42” LCD TV  9.5/10 By Steve Holdgren For those that want to step it up a notch in picture quality but in a smaller size TV and have Connect Share movie options functions, the UN40EH6000 could be your set. HD picture on this TV is stunning from the Clear Screen with LED backlighting. It’s edge […]

32”-42” LCD TV  9.5/10 By Steve Holdgren Even though the LG 32CS460 is a 720p, 60Hz TV you will likely be very impressed with the picture quality, even with HD signals. LG makes very nice LCD panels the color performance, easy to use menu system with lots of preset picture mode settings, and a great […]

32”-42” LCD TV  9.5/10 By Steve Holdgren Samsung can surprise you with their LCDs nad it’s kind of a shame they have all but discontinued production of them just as the quality was getting superb. A couple years ago they were some of the best deals on the market. Luckily, they have at least produced […]

32”-42” LCD TV  9.5/10 By Steve Holdgren Samsung is known for their very powerful LED backlighting – in this case edge lit LED backlighting. The Samsung UN32EH4000 has a smart package, foregoing 1080p resolution to help hold the cost down and instead inputting LED lighting. In 32” TVs it is very hard to tell the […]

32”-42” LCD TV  9.5/10 By Steve Holdgren The LG 37CS560 is one of the only 37” LCD TVs left on the market. This size has all but disappeared. The feature set is solid with 1080p resolution. The backlighting is traditional CCFL fluorescent so this keeps the cost in check. LG has been making very nice […]