All Entries in the "Fragrance" Category 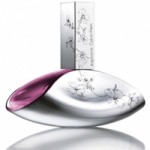 The Power of Perfumes and Fragrances to Stimulate Memory

By Lane Reid In a flash a scent can take you to someone, someplace, or some specific moment in time. Is it magic? Not at all. Studies have proven that there is a strong connection between scent and memory. The thought that a scent can exude that kind of power is truly amazing! Scents can […] 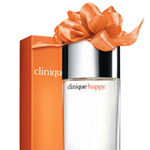 How to Select the Best Perfume or Fragrance for any Situation

By Lane Reid What kind of woman will you be? The chameleon that changes her scent with the season, mood or time of day….or perhaps you will be the signature scent kind of girl where you have only one perfume that truly defines you. Like clothing a fragrance has to “fit” a person. It’s not […] 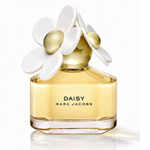 Top 10 Rated Fragrance Rating and Reviews By Lane Reid Women’s fragrances are of course a huge matter of personal preference and with so many to choose from, selecting a mere 10 was challenging. We looked at a lot of different aspects involved in choosing the scents that make up our top 10 list: 1) […]

Fragrance  9.5/10 By Lane Reid Created by one of England’s most famous fragrance lines, Jo Malone. A London esthetician and florist, Jo Malone initially created her scents as gifts for her clients. Those clients loved their scents so much that the orders came pouring in, turning her “gifts” into her highly successful fragrance line. Lime […]

Fragrance  8.5/10 By Lane Reid Viktor & Rolf the Amsterdam-based fashion house launched their first fragrance, Flowerbomb, in 2005.The bottle is a fashion statement in itself. The pink glass bottle is cut in the shape of a glass diamond bomb and has a wax seal with Viktor & Rolf’s logo on it. Ultra chic! The […]

Fragrance  8.5/10 By Lane Reid Calvin Klein has a midas touch when it comes to fragrances.The creators behind this fragrance are Dominique Ropion, Carlos Benaim and Loc Dong launched this fragrance in 2005. In 2006, Euphoria was the winner of the Fifi Fragrance of the Year Award in the Luxe Category. It also won the […]

Fragrance  8/10 By Lane Reid Pamela Skaist-Levy and Gela Nash-Taylor, the two founders of the L.A. based Juicy brand launched Juicy Couture their first fragrance, in 2006. Skaist- Levy described the scent as “something Barbie might wear.” In 2007, it was the winner of the FiFi fragrance of the year award in the luxe category. […]

Fragrance  9.5/10 By Lane Reid Here we are with another Chanel scent, Coco Mademoiselle was launched in 2001. It was created by Jacques Polge, the nose of Chanel since 1978. An award winning fragrance? Absolutely! Coco Mademoiselle became the first fragrance in history to win a FiFi Award in every country in a single year. […]

Fragrance  8/10 By Lane Reid Launched in 2001 by Dolce and Gabbana, this scent was designed with a mediterranean summer in mind. Olivier Cresp is the perfumer who created this refreshing, easy to wear scent. This well balanced fragrance is fruity, clean and airy. When someone walks by with this fragrance on, I find myself […]

Fragrance  8/10 By Lane Reid New York-born fashion designer, Marc Jacobs released this fragrance in 2007. It is a fragrance winner of both the Allure Magazine’s Readers Choice Awards and the CEW Insider’s Choice Beauty Awards. It also won the FiFi Fragrance of the Year Award in the Luxe Category in 2008. On the shelf, […]

Fragrance  10/10 By Lane Reid Released in 1997, Clinique Happy is Clinique’s best selling female fragrance. Jim Nevins, Clinique’s creative director was watching a biography of Judy Garland on the A&E channel one night and on came the song, “Come On Get Happy”. Nevins claims he thought to himself, “Who doesn’t want to be happy?” […]

Fragrance  9/10 By Lane Reid Christian Dior has famously said “flowers are the most heavenly creation after women”. His commentary truly comes to life when I smell this fragrance. J’adore was launched in 1999, created by the perfumer Francois Demachy. J’adore won Allure’s 2011 Best of Beauty Award for Classic Scent. As of 2004, Charlize […]

Fragrance  9/10 By Lane Reid First launched in 1921, this fragrance is rich with history. Chanel no 5 is the best selling perfume in the world. According to legend, the perfumer Ernst Beaux presented Gabrielle “Coco” Chanel with a selection of numbered fragrances to choose from. She chose number 5, hence the name. Many celebrities […]