All Entries in the "Golf" Category

Golf Driver  9.5/10 By S. Dee Davis The NIKE Vapor Pro driver, used by Rory McIlroy, has a stiffer rear half of the club which, in theory, provides more flex or give in the front half of the driver to help your increase your ball speed off the face. The new ‘FlyBeam’ structure and Compression […]

Golf Driver  9.5/10 By S. Dee Davis The new R15 Driver from TaylorMade may seem like the SLDR reincarnated with a different paint job, but there is some new technology sure to get your drives out there, longer & straighter. The clean-looking head boasts two moveable weights on the sole, which can be tinkered with […]

Golf Driver  9.7/10 By S. Dee Davis Titleist doesn’t flood the market with new drivers every 6 months, but they wait two years to unveil their latest masterpiece. The 915D2 &D3 are truly masterfully designed drivers with the D2 larger & more forgiving and the D3 for lower handicappers. Each is designed with control in […]

Golf Driver  9.6/10 By S. Dee Davis The big draw, so to speak, on the Big Bertha Alpha 815 is the amount of adjustability, coupled with a hotter more flexible face design, similar to the XR driver. However, the ability to dial in your game completely sets this driver apart from the rest. The Alpha […]

Golf Driver  9.7/10 By S. Dee Davis The best feature of PING’s new G30 Driver aren’t the “turbulators” or the ridges on the driver that reduce aerodynamic drag, it’s the stability through impact that the re-designed weighting in the crown provides and the larger, sweeter face that make this driver hell off the tee. The […]

Golf Driver  9.8/10 By S. Dee Davis Several important factors make this the top driver this year. First, a large sweet spot and hot, flexible face makes this driver long off the tee with less effort and max forgiveness. It is fully adjustable, 20 grams lighter than the Big Bertha Alpha, and has a stealthy […]

Golf Clubs  9.5/10 By S. Dee Davis The J15 DF greatest strength may be its ability to produce high, consistent ball flights and great direction on shots hit all over the face. Our test produced excellent forgiveness and good distance control for all of your flag-hunting needs. The rounded sole breezed through all turf conditions […]

Golf Irons  9.5/10 By S. Dee Davis The Cleveland CG (Center of Gravity) Black CB irons are a great combination of additional ball speed off the face, coupled with vibration dampening in the club head in an iron that would appeal to most players looking for a little help to hit great shots. This club, […]

Golf Irons 9.7/10 By S. Dee Davis The new RSi irons from TaylorMade look amazing and feature vertical face slots on the longer irons that visually help you line up shots quickly and accurately. The feel of the forged carbon-steel face is almost unmatched in the 2015 line-up and the increased ball speed and thus […]

Golf Driver  9.4/10 By S. Dee Davis The Vapor Flex Driver, with ‘FlexFlight’ technology utilizes the same Flybeam & Compression Channel tech as the Vapor Pro to stabilize the head, but has a carbon-enhanced RZN Cavity that adjusts the center of gravity (CG) from low & forward to low & back to fine tune your […]

Golf Irons  9.4/10 By S. Dee Davis These new irons from Cobra feature forged carbon steel, and undercuts on the 3 through 7 irons that allow it to flex more off the face. They felt heavier at the head than most we tested, but the playability was very good, with a medium to higher ball […]

Top Golf Drivers By S. Dee Davis We tested many of the drivers that are out there in the market today and came up with our top 10 list. There are a couple holdovers from last year. Testing and consideration were given based on distance and accuracy with the same neutral swing speed (110) in […]

Golf Irons  9.4/10 By S. Dee Davis The new Z 545 satin-finish irons from Srixon would be best suited to mid-handicappers, and their look is super, even if its performance doesn’t quite match it’s style. The distance control was good, and distance was decent, but not in the extreme category. We liked the consistency and […] 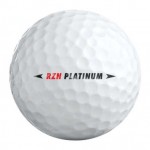 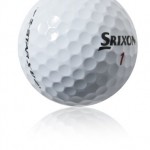 Srixon Golf Ball  8/10 By S. Dee Davis Srixon Z-Star XV uses a coating on the thin urethane cover to increase friction for that grab to increase spin on wedge shots and chipping to really enhance your scoring game. The first thing our testers noticed was the softer feel over the previous Z-Star. The Second […]

Wilson Golf Ball  8/10 By S. Dee Davis The new little brother of the DUO ($19/dozen), the breakout ball of 2013, the 2015 Wilson Duo Spin is, at 35 compression, the absolute softest multilayer golf ball. You’ll get similar distance and the soft feel characteristics of the previous DUO golf ball, except they’ve added greenside […]