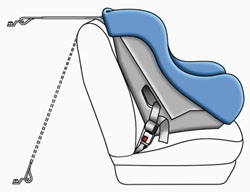 Once upon a time the rules for installing infant car seats were informal and left up to individual families, but now the rules are much more stringent. In 2002 the government mandated the LATCH restraint system, (Lower Anchors and Tethers for Children) which is a standardized system to ensure their safety when riding. The term is thrown around a lot in discussions of which car seat is the best, but few stop to explain in detail exactly what a LATCH in a car seat is or why it’s so important.

LATCH simplifies the correct installation of car seats without using seat belts at all. Vehicles equipped with this system have two or more sets of small bars, or anchors, at the bottom of the back seat where the cushions meet. Child safety seats with the system have attachments designed to fasten to these anchors. Most of the forward-facing infant car seats on the market have a top strap, or tether, as well, which attaches to another anchor in the car. These attachments and straps make up the LATCH system.

Using LATCH makes the process of putting in the car seat easier and less intimidating. With the older models of seats, when trying to install an infant car seat most parents got confused about which straps went where, how to tighten the seat belts and whether to put the car seat on the left or right side. According to the National Highway Traffic Safety Administration, three out of four car seats are installed incorrectly. Most car seats, and almost all vehicles made after Sept. 1, 2002, are equipped with the LATCH system to help parents get the seats strapped in right.

One of the reasons consumers are warned about using older model car seats is that they aren’t equipped with the LATCH system, so they don’t meet safety standards in place for child restraint systems. With older models of car seats without LATCH, or older cars lacking the system, the car seat can still be installed using the seat belt. But the drawback is that once you finally get the child safety seat correctly installed and you manage to pull the seat belt tight enough, taking it out means having to fight with the seat belt to re-install it.

Some brands using the newer system include Evenflo, the 1st years, Graco, Chicco KeyFit, Peg Perego 30 and Baby Trend. Although LATCH has greatly simplified installing car seats, parents still bewildered have another place to turn to for help. Hospital Child Passenger Safety Technicians are a knowledgeable source. Local fire and police departments also have trained personnel who can demonstrate how to install the seat.

Some Car Seats are Less Intimidating to Use than Others 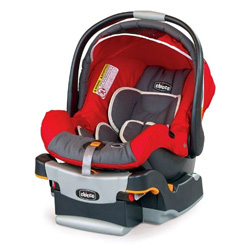 There are oodles of car seats on the market but not all of them are user-friendly. Some are pretty expensive, but that doesn’t necessarily mean they’re easy to install quickly when you’re in a hurry to travel with your baby… [more]

When on the go, Give your Arm a Break with a Light Car Seat 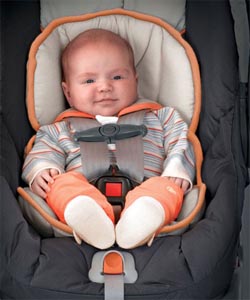 Traveling and taking vacations can be fun, but parents with infants and young kids in tow usually have some extra baggage in the form of car seats. They can be rented, but bringing your own removes the guesswork… [more]

Need a Car Seat when Travelling? Make Plans in Advance 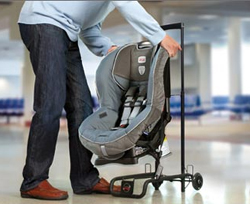 When traveling with babies or young children, finding a car rental agency willing to make the extra effort to find an infant car seat can be a hassle. No doubt parents have a long list of questions. How easy is it to find a reliable rental agency, and how safe are the car seats they have… [more] 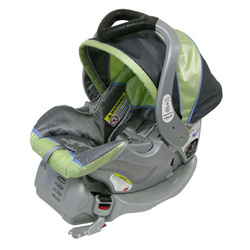 Parents shopping for child safety seats at Toys “R” Us and Babies “R” Us are probably just now noticing another brand of seat on the shelves.Baby Trend, Inc. has launched its new trendz FastBack 3-in-1 car seat nationwide…[more]

Parents looking for a safe infant car seat have the daunting task of wading through dozens of brands and models to find the one seat right for their child. We compared the seats on the market and chose which ones are the best ones based on safety and workmanship…. [more] 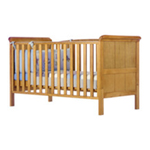 There are oodles of infant cribs out on the market and the sheer number of brands and styles can boggle the mind. Many of them are fairly homogenous with similar or identical features, but close scrutiny reveals a few key differences which make some brands a better bargain than others…. [more] 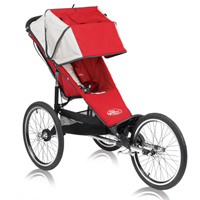 Parents faced with picking just one stroller out of the hundreds of brands and styles on the marketplace have a daunting task. Whether it’s a lightweight, umbrella, standard, jogging or double stroller, the factors to consider include price range, features and options, and if there’s a recall history. See the stroller comparison… [more] 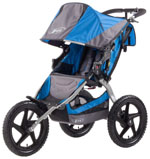