Android or Apple? Which is a better Tablet OS?

The market for tablets basically comes down to this, you can get a Apple iPad, or an Android based tablet. With a couple other OS’s (Blackberry OS, etc) – but we are focusing on Android and Apple.

With Apple, your choice is the iPad. That’s it. Your iPad looks like this, it will run like this, and it will function like this. It’s set in stone, what you see is what you get. With an Android, you have numerous Manufacturers to buy yours from. This means choices, and frankly, this sole reason is why an Android tablet is a better option.

The Apple OS is very restricted and bare. Sure it works and has a nice simplicity to it – and that’s fine for some people. But I personally can’t justify paying $500 over and over again every 6 months for the same device with the same OS.

Android is on fire. They are releasing new OS versions constantly – and each major update ACTUALLY BRINGS a change to the OS. Not to mention the amount of customization you can do with Android out of the box, and with rooting.

This customization doesn’t mean its confusing either – Android still provides a super sleek and simple – yet elegant interface. Way more innovative and intuitive then the plain Apple OS interface.

For example – we all know the Apple iPad interface basically is a bunch of squares – and we can swipe to the next page and it’s more of the same squares. With Android, we have those squares – but we also have widgets. Widgets are we set the OS’s looks apart. Widgets are plentiful and available in different shapes/sizes which can be then re-arranged on your screen to provide a unique look. 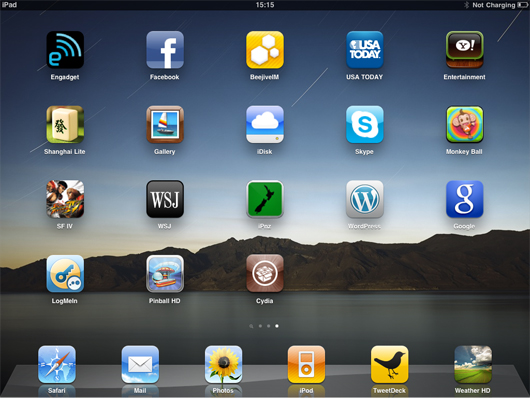 The bland Apple OS interface on an iPad

Widgets allow you to essentially view important information from most applications – without having to open it. Think of it as a Windows 7 gadget. You can have a weather widget, that can display the days weather, temperature, time – or maybe you wan’t it to display a 5 day forecast. Or maybe you wan’t a CNN widget to list the top breaking story. You name it, you customize it, you do it. 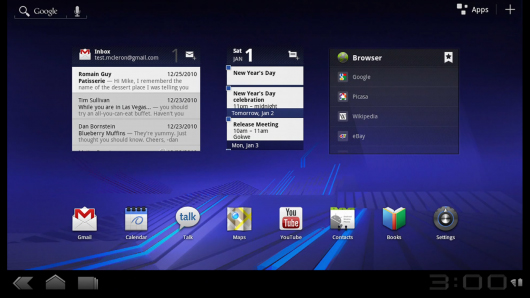 A version of Android running on a tablet – with a few widgets on the home screen. Nice!

This is where Apple falls short and the biggest comparison is put in that Apple iPad OS is bland and streamlined. For those who wan’t SUPER simplicity and a what you see is what you get phone, then maybe the iPad is for you. But if you want a bit more customization, a more personalized experience, then take a look at an Android phone. Both are great OS’s depending on who you are and what you want – it all comes down to personal opinion. But in the entire tablet market these are the two biggest and best OS’s compared to all others.