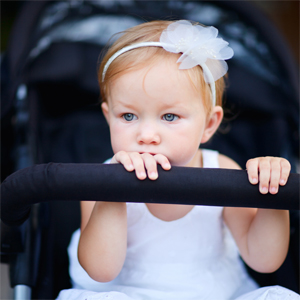 One upon a time parenting was simpler, but recently moms and dads have more reason to be extra vigilant. The upswing in the number of baby product recalls forces parents and caregivers to be more cautious about what their young children sleep or ride in. The recall of strollers, crib bumpers and drop-side cribs are reminders that keeping your children safe can sometimes feel like balancing on a high wire.

In early 2010 the U.S. Consumer Product Safety Commission (CPSC) announced a recall of about 1.5 million Graco strollers and travel systems. At issue were the hinges on the stroller canopy, which posed a fingertip amputation and laceration hazard when the canopy was being opened or closed. The manufacturer received seven reports of injuries. Later that year the CPSC announced a recall of about 2 million more Graco strollers because of the risk of young children becoming trapped between the stroller tray and seat bottom and strangling. The CPSC reported six such instances, and four deaths were reported. Other recalls involved Bugaboo, BOB, Baby Jogger, UPPA and Britax strollers.

Alarming reports about cribs have also made the news.

In October 2011, Yu-Wei recalled about 8,000 of its drop-side cribs because the drop rails could malfunction, detach or fall down without warning. The CPSC reported nine instances involving the rails, and one child suffered minor arm abrasions. In September, Shermag issued a recall of about 2,300 cribs in the U.S. and 800 in Canada for the same problem. This time 21 instances were reported, but fortunately no injuries resulted. In April, ducduc recalled more than 300 of its cribs. The problem was that the cribs’ bottom rails could separate from the sides, when the mattress was in the lowest position, causing the mattress to fall. Five instances of this were reported, but again there were no injuries.

Up until recently, bumpers have been a basic component to infant bedding, ensuring little arms or legs would not get caught and pinched between the slats of the crib. No parent thought twice about lining the crib with a colorful bumper, along with baby blankets and soft stuffed animals. But in October the American Academy of Pediatrics released guidelines cautioning against their use. The reasoning is that infants can roll over face-first into the bumpers and suffocate, or get their neck caught in the ties, resulting in strangulation. The recommendation set off widespread debate over whether or not the bumpers should be banned outright.

All the excitement about the recalls leaves one to wonder how today’s parents find the right balance for them and their children. Many families are now wrestling with the question of whether the benefits outweigh the risks. Taking into account the vast number of strollers and cribs bought each year and used without incident, sometimes the negative publicity generated by an occasional accident seems like an overreaction.

For many years, parents have put their young children to bed at night in a drop-side crib with no worries about its safety. Now that style of crib is no longer sold, and leaning over to tuck the little one into a high-railed bed is a little more complicated. Buying a safe stroller is almost like playing Russian roulette, in hopes it won’t be targeted for the next recall. And with the backlash against crib bumpers, new parents wonder if there is anything remaining they can safely leave in their child’s crib. With that in mind, parents today are forced to make decisions not even dreamed of a few years ago. 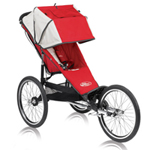 Parents faced with picking just one stroller out of the hundreds of brands and styles on the marketplace have a daunting task. Whether it’s a lightweight, umbrella, standard, jogging or double stroller, the factors to consider include price range, features and options, and … [more]