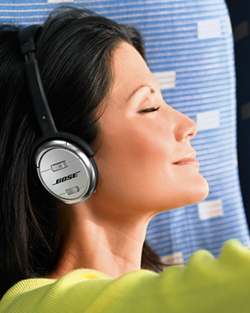 You’re settling in for a long flight and you want to listen to music to help you relax. The ear pads fit right over your ears, but the roar from the engines overpowers the sounds coming from the headphones. That’s the frustrating situation Amar Bose found himself in back in 1978; within 10 years Bose had developed the first noise-canceling headphones that block out ambient noises.

Headphones can passively muffle sounds by virtue of their heavy materials that block sound waves. With circum-aural headphones fitted over the ears, outside noise is dampened by about 15 to 20 decibels. That’s not bad if you’re riding a bus or walking down a street, but if you’re on an airplane, you’re still competing against the engines, which typically run at around 80 decibels. Passive noise-canceling headphones just won’t cut it in that case.

Certain headphones can actively cancel out ambient noise. Like passive headphones, their very structure creates a barrier against high-frequency sound waves. However, they also erase lower-frequency waves by creating their own sound waves that cancel out incoming noises.

Confused? Think of ocean waves, the way they have crests, or high points, and troughs, or low points. Sound waves work in much the same way. Noise-canceling headphones create sound waves that match the incoming sound waves in frequency and amplitude, but the crests and troughs are inverted. The dueling sound waves essentially cancel one another out. This process is called destructive interference, but don’t worry—the only thing the headphones are destroying is the ambient noise around you.

Are noise-canceling headphones perfect? No. They reduce ambient noise by about 70 percent, which is generally enough for airline passengers to focus on the music they want to hear. But the headphones can also muffle some of the sounds of your music, too, so you may not experience the best sound quality.

While noise-canceling headphones can’t completely block out ambient noise, they come pretty close. There’s really no other way to enjoy music or some peace and quiet on a noisy trip. You can wear the noise-blocking headphones even without music just to muffle all the sounds coming at you. Too much low-frequency noise for extended periods of time really wears you out. And if you’re wearing headphones, fellow plane or bus passengers are less likely to disturb you.

Recognizing the Different Types of Headphones 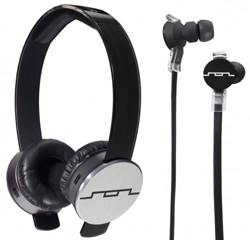 There are three main types of headphones, and their names relate to how they fit over the ears. Each headphone type has its special attributes and drawbacks. Supra-Aural – Also Called: On-ear, open-back, open-air headphones … [more] 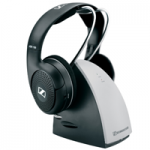 If you’re an audiophile who wants to enjoy the full richness of sound, then you need a good set of headphones. We looked at a number of headphones and selected our 10 favorites based on several factors … [more]