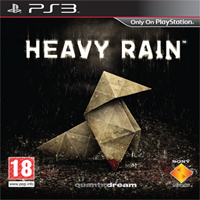 Heavy Rain is a different kind of video game and exclusive to the PS3 – which makes us happy to have rights to such an exhilarating game play experience. An interactive psychological thriller, full of drama and emotion to suck you into the story. When was the last time a game did that for you? The game plays on a story of a mysterious killer called the Origami Killer, who drowns his victims in extended periods of rainfall. The game has many different paths and great replay ability. How you play the game changes how the game is narrated, and if your main character dies, the story changes too. It has won numerous game of the years in 2010 and noted as one of the games you must play before you die. You can find it as a Greatest Hits game on PS3, because thats exactly what it is.