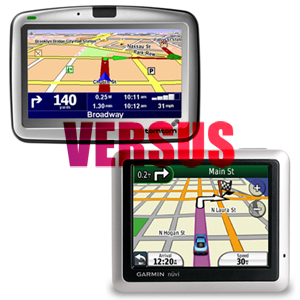 Garmin and TomTom dominate the GPS market, with many people split on which brand is better. Let’s take a look at the different interfaces and features each brand offers.

The basic features of Garmin and TomTom GPS devices don’t differ too wildly. Both have map systems that you can update online, preloaded points of interest (POIs), and models supporting Bluetooth. Some special models from both brands have perks like MP3 players and picture viewers, which aren’t necessities but are nice nonetheless.

Whether Garmin or TomTom has the better interface depends largely on your personal preferences. Garmin is known for its large, clearly labeled icons that make navigation simple, but some people claim TomTom’s interface is easier. You’ll have to compare specific models side by side to see which you like better.

However, if you want a portable GPS navigator you can carry with you on hikes, walks through the city, or bike rides, then you should stick with Garmin. TomTom’s models are permanently affixed to the mounts, meaning you can’t carry them around with you easily.

Which GPS brand has better map system? Garmin has maps supplied by Navteq; TomTom by Tele Atlas. Both brands have ample map coverage for most of the major locations you’ll need. Some people argue that Garmin’s map coverage is better suited to U.S. travel, while TomTom’s is more useful in European settings. TomTom does allow users to share map errors, such as improperly marked one-way streets. 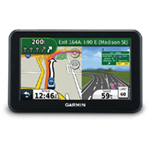 Portable GPS navigators are useful tools to have in the car whether you’re traveling to unfamiliar cities or just navigating your own hometown. We reviewed several GPS devices and selected our top 10 based on the following factors: 1. Large, bright touchscreen display that’s … [more]