All Entries in the "Weed Eaters" Category

20V Electric Cordless String Trimmer 8.5/10 By Jon Bannister If you have a 0.25 acre lot or smaller, and you want a durable electric string trimmer with no fuss, no muss, than the Dewalt DCST920P1 is just right. Its design is simple but efficient, with a variable speed trigger that goes between high and low, […]

25.4cc Gas String Trimmer 8.8/10 By Jon Bannister For those who swear by the incredible power and durability of gas trimmers, the Toro 51978 definitely won’t disappoint. This model, with its 2-cycle 25.4cc engine, makes mincemeat of weeds and brush in short order. Additionally, the straight shaft allows users to reach around obstacles like porches […]

40V Cordless Trimmer 8.8/10 By Jon Bannister The Ryobi RY40220 is a cordless weed eater that, like the Black & Decker LST136W, avoids the hassle of maintaining a gas trimmer and still provides great cutting power in a lightweight body. We were impressed with the strength of the 0.080″ dual line, which handles even the […]

56V Cordless Trimmer 9.0/10 By Jon Bannister We were pleasantly surprised by many of the EGO Power+ 56V string trimmer’s features, which include a fast-charging battery that provides up to an hour of powerful, efficient trimming. As soon as we held it, we were pleased with the lightweight, well-balanced design of this model, as we […]

40V Cordless Trimmer 9.3/10 By Jon Bannister If you’ve had enough of maintaining a gas-powered weed eater and are looking for something user friendly, the Black and Decker LST136W is a great cordless, battery-powered edger that doesn’t sacrifice on power. Its 40V lithium battery charges in under an hour and will last at least an […]

58V Brushless Cordless String Trimmer 9.5/10 By Jon Bannister Another cordless string trimmer ideally suited for small to mid-size yards, the ECHO CST-58V4AH runs efficiently by letting you switch between the high and low power setting. We found that the bump feed head worked great at reloading the line, which is quite durable as a […]

35cc Straight Shaft Gas Trimmer 9.7/10 By Jon Bannister For a behemoth gas trimmer that’s definitely a step up from the standard 25cc trimmer, the Honda HHT35SLTAT demonstrates its incredible power from the moment it starts up. Although it’s on the heavy side, this model has a shoulder strap and is designed to not vibrate […] 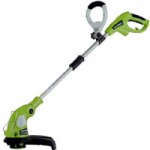 Top 10 Rated Weed Eaters By Jon Bannister Lawn trimmers are invaluable tools for keeping your yard looking tidy and professional. Trimmers can reach tight areas that lawn mowers can’t, such as beneath bushes and around trees. Many trimmers also function as edgers, allowing you to get a clean, straight line along sidewalk paths and […]

Electric-Powered Weed Eater  9.5/10 By Jon Bannister A highly efficient weed eater, the Hitachi CG18DSDL cordless electric lawn trimmer can take on the toughest weeds and grass. With a rechargeable battery, it’s easy to get it powered up and running, and it runs for at least 30 minutes with no problems. And if you prefer […] 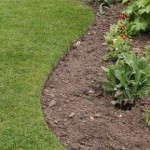 How to Use a Lawn Edger

By Steve Holdgren Lawn edgers are designed for getting a sharp edge along the borders of sidewalks and walkways. They cut vertically (along an edge), unlike lawn trimmers, or string trimmers, which are suited for trimming hard-to-reach areas such as under bushes and around trees. However, many current models combine trimmer and edger functions, allowing […]

Electric Weed Eater  7/10 If you have a small yard or if you need a lawn trimmer only for occasional light work, then the Black & Decker ST1000 is an affordable option at just $19.97. As its blade cuts grass in 9-inch swaths, it allows you greater control and maneuverability. One convenient feature we liked […]

Cordless Electric String Trimmer  7/10 By Jon Bannister A lightweight, easy-to-use cordless string trimmer that is also earth-friendly, the Earthwise CST00012 is best suited to small yards that require occasional light work. If you’re looking for something simple, no fuss, and easy to store in a garage, then this trimmer is right for you. The […]

Electric Weed Eater  7.5/10 By Jon Bannister If you’re concerned about limiting your carbon footprint, then the Greenworks 21052 is an ideal lawn trimmer/edger purchase. The pivoting head allows for great maneuverability and control, and it packs in a surprising amount of power for an electric model. We were impressed with the automatic line feed […]

Electric Edger  8/10 By Jon Bannister The Black & Decker LE750 Edge Hog electric landscape edger is ideal for people with small yards, or who don’t require frequent landscaping. That’s not to say this edger isn’t up to the task: for a lightweight electric model, it packs a great deal of power (4,700 RPM) that […]

Gas Powered Weed Eater  8/10 By Jon Bannister A lightweight string trimmer that accommodates multiple attachments, the Poulan Pro PP125 has an easy-start 2-cycle gas engine. The thick line cuts through most tough weeds, and it’s fairly easy to replace the spools due to the slots that hold the line steady while it’s changed out. […]

Battery Powered Weed Eater  8.5/10 By Jon Bannister With the ability to morph seamlessly from a lawn trimmer to an edger, the Black & Decker NST2118 can handle both large and small landscaping tasks. A great feature of this model is that it comes with 2 NiCad batteries, so while one is in use, you […]