Finally Windows 8 has hit, with much controversity. But is it really all that bad? No, it’s not. Not only that, Windows 8 is actually really awesome.

It’s been just 3 years since Windows 7 was released, after the disaster of Vista. Windows 8 takes a pretty big turn on the Microsoft OS – for better or worst. Though many people are turned off by the Metro UI, we found it still has some great improvements technically and on the normal desktop view.

Don’t just pass this OS off because of the Metro UI – check out some cool new features that we think make Windows 8 worth the cheap $69 price tag. 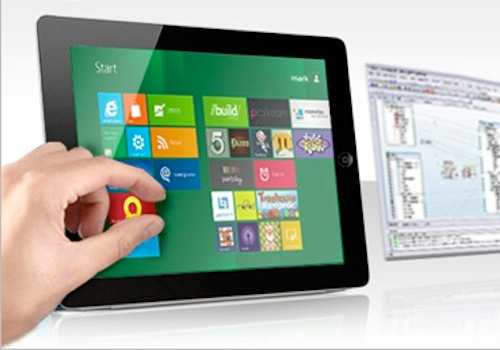 Love it or hate it, the Metro UI is one of the sleekest touch interfaces you could ever use. For those with a touch screen, you will be blessed to have this super sleek and responsive interface. For those without a touch screen, it still works well with a keyboard. Pinch, zoom, throw, swipe your way around apps and programs like nothing. It really is a truly great interface. Touch screen fans have nothing to complain about.

Though it might be difficult at times for keyboard users – it still works well with a keyboard and mouse. And even if you don’t have a touch screen, you can simply just use the traditional desktop mode with Windows 8.

There is no doubting though – as a touch screen interface, Metro is one of the best. 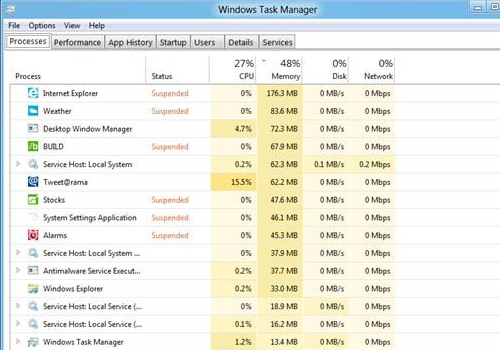 The Task Manager? So what? Oh it matters. The Task Manager in Windows 8 is new and improved, not just in looks (it is super sleek), but also in functionality and information provided. Everything running is separated into sections based on what it is (Application, background processes, windows processes) so you know whats running exactly.

Don’t know what that process is? Right click and “Search Online” – making it one step easier. This all on a sleek color coded interface drilling down to the nitty gritty to manage tasks on your machine. Truly a great and overlooked improvement in Windows 8. 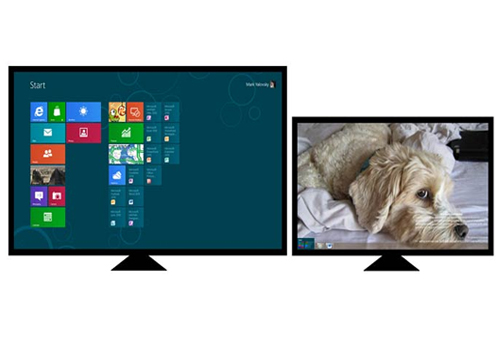 With better support for multiple monitors you can micro manage each monitor. Each monitor can get it’s own task bar, without the need of a 3rd party app. With the tap of a switch you can also turn the primary monitor into the secondary and vise versa.

Oh yea – you can have Metro on one monitor, and the normal desktop on another. How cool is that?

People often overlook technical improvements which alone make your computing experience much more enjoyable. Windows 8 boots up faster then light, especially compared to Windows 7. Were talking about as little as 17 seconds (sometimes less) to boot up, and this stays consistent down the road. A great overlooked featured.

Not just this, but navigating apps, switching screens, using Metro, is a very fluid and fast experience with minimal to no hiccups.

I love this one personally the most – file history. With file history you have the option to continuously back up your personal documents from certain folders to a 3rd party device (hard drive, or even cloud) – and it’s very customizable.

It will backup files automatically once set up – and you can even go browse a single files history and choose the version you want. Freaking awesome! 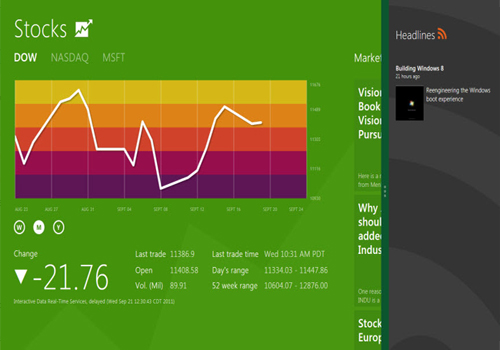 In Metro it’s a snap (literally) to put apps side by side and multi-task. Let’s say you have Internet Explorer open and then want your iTunes library open also. Simple drag it on the screen and it will snap next to the Explorer, taking up only 1/4 of the screen.

A very useful feature for multi-tasking and keeping an eye on something to the side. Again, overlooked, but super helpful. 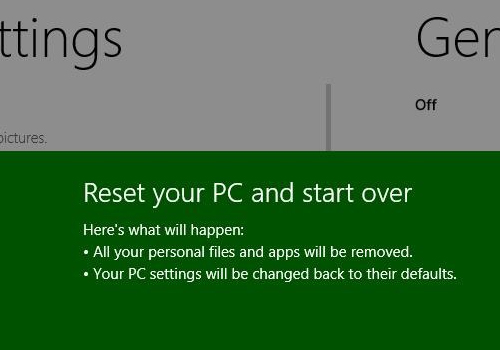 You go to sell a computer, and you spend hours deleting everything off it to make sure you leave no traces for the new owner. You have to download 3rd party apps, jump through hoops, restart, on and on again.

With reset – Windows 8 makes it easy to simply do a one click wipe – that will wipe the entire computer clean in a snap. Super simple, super useful. 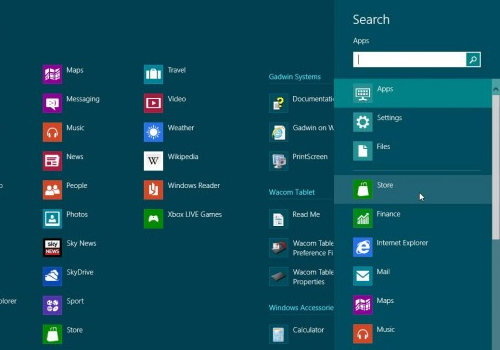 Searching Windows 8 is a breeze – right from the start screen. Just start typing (seriously, just start typing) and results will start popping up. You can even search within that app right away. It’s a nice fast feature. 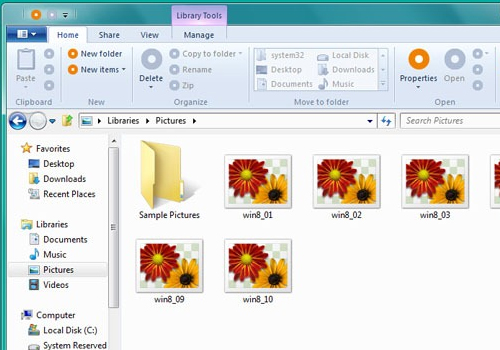 The file manager screens now have the Microsoft Ribbon toolbar you might be familiar with if you ever used Microsoft Office products. This offers a ton of useful features (some new) in a nice interface.

Using the file manager is now like using a full on application. It’s a nice feature that I really enjoy. 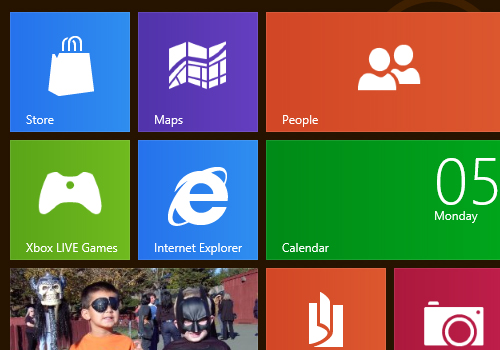 Hate it or not – you really can’t speak for it if you haven’t tried it. In the short few days I’ve had my copy of Windows 8, I have fell in love with the Metro UI. I do most of my work on the traditional view, but when I’m messing around the Metro UI is a blast to use.

Even with a keybaord, it’s super easy to switch between Metro and the Original desktop – or do like me, use 2 monitors. Metro on one, desktop on the other. It’s super sleek and you won’t notice any lag.

Windows 8 is a great big jump forward and I believe in the right direction. Though it has an emphasis on Touch based devices, it still caters to it’s normal users and offers plenty of reasons to upgrade for them as well. At a price of tag of just around $69 you can’t go wrong. Upgrade today!